Pokemon Thunder Emblem is one of the most popular pokemon rom hacks of Pokemon Fire Red Version which comes up with a nice and interesting storyline. The main character in the Pokemon Thunder Emblem Download Version is the leading role who have recently beaten the E4 in their own area. After beating them you have promised with yourself not to take any chance at all and play safe and sound while collecting gems and pokemon. You have already collected some pokemon which were available in the main area.

Different kind of graphics and motion effects makes the game more interesting and attractive for all the pokemon rom hacks lovers. As this is the hack of Fire Red Version, you will see all the areas and pokemon available in the main area. There are total three dogs and three emblems in the area. The main language of the game is english and it will be unfortunate for you to play the game in english version if you are a Spanish of french speaker. 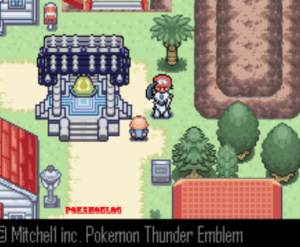 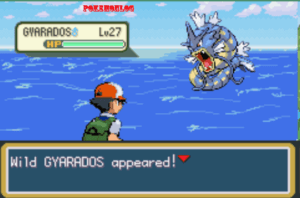 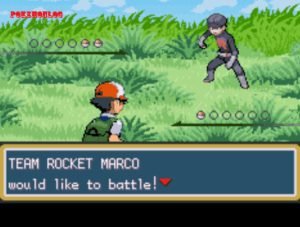 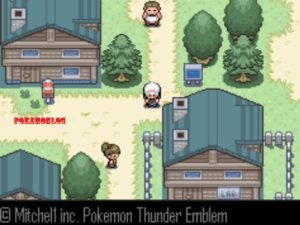 All the GBA Pokemon game lovers have good news because they will finally experience one of the best rom hack of fire red. In which all the areas and pokemon are just imported from Fire Red Version. The E4 is one of the toughest league which you have beaten earlier in the rom hacks, now after beating them you have moved aside from these things and do not want to catch any kind of pokemon. As you have enough pokemon in your list, but suddenly, someones informs you that there are some new pokemon available in the outside region of Sinnoh. Thats the catchy new for you. Heart says yes, you have to go and catch these pokemon.

Finally, you are in the Sinnoh Region but one news is that the three ledgendary dogs: Entei, Suicune and Raikou have awaked. Your opponent team named as Team Rocket are trying to get the three emblems for controlling these ledgendary dogs in the area. If you are wondering that what are the three emblems. As the game name suggest ‘Thunder’ is one of the Emblem for controlling these dogs like in Pokemon Polished Crystal Version. There are total three emblems in the area name as Thunder,Fire Emblem and Aura Emblem. These can be used for controlling them and not spreading any kind of voilance in the region in any case. Professor also don’t want to pass all the area powers to team rocket and for all these puposes, professor select you to become hero and prove to the area people.

As one of the big challenge for you have to controlling these dogs by finding the three emblems. So the Professor Oaks direct you to find all these three emblems as soon as possible because team rocket is also trying to find all the emblems. You should be more sharper and faster than team rocket because thats the only missions in this area like in Pokemon Counter Attack Version Latest Update. Now it depends on you that how you manage to find these emblems in the area. One of the amazing fact in the game which is different from the fire red version is that you are not going to go with Bulbasaur or Charmander or Squirtle. You are given the choice to go with Pikachu which is one of the best starter to find all these things.

Catching Pokemon and The Emblems:

One of the core task of the game is finding the new pokemon as well, but you will never have to forget the main task of the game which is finding the Emblem. Finding the thunder pokemon is one of the most challenging task for you because it is unique Emblem in the game. The team rocket members are constantly trying to find the emblems faster than you. In this way they will be become the people’s favorite, so you should be faster enough to find quicker than them to become the hero of Sinnoh region. Finding the Raikou dog is one of the crucial part of the game and that is important too. Do you have tried Pokemon Orange Islands ROM