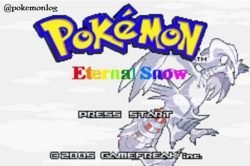 Pokemon Eternal Snow is one of the most interesting remakes of pokemon Emerald version which is created by Reshiram White as Snow. Having bunch of new graphics and feature will inspire you to download pokemon eternal snow version and install it on your device. The region in the game is quite different and the player may be switched to different places on the planet. You can get the Eevee at the beginning of the game, as it can evolve into different forms in the game. Eternal Snow Version has more Gyms and Leagues this time. So get ready for amazing adventures ahead. 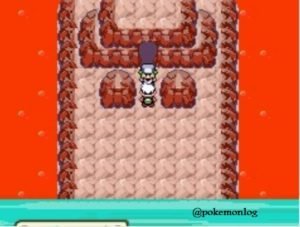 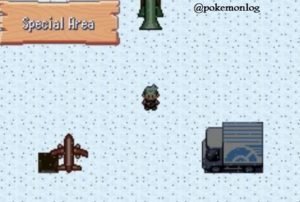 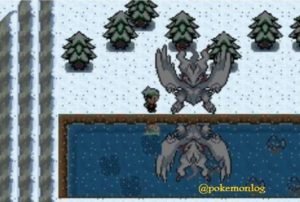 The main character is playing the leading role in the game as pokemon trainers and guide. Having a different kind of powers, the game has 18 different kinds of gyms. All of the gyms have their gym leaders. Almost 3 Leagues are available in the game which can be enjoyed soon. As soon as you move forward in the game you will get about 2 Pokeballs, but surprisingly these pokeballs are hidden in the beginning of the city.

About 650 different pokemons are part of the game which has all the basic capabilities and functions. They can evolve, move and have some sprites. One interesting thing to notice about this game is that the evolution of a single pokemon has been expanded to 8. Even you can evolve the Eevee pokemon to the 8 maximum levels. Also, download Pokemon Ragnarok GBA incomplete  or Pokemon Naranja Version

You will wonder and feel awesome by completing these 3 leagues in the game because without these this game is incomplete to play. The first one is similar to the Emerald version as we have played it in the Pokemon Emerald Rom. Now coming towards the second one, the name of the second league is N league. In this league, you can access five different kind of weather system. As Weather is one of the most interesting features of the game. These weathers include Sunny, Rainy, SandStorm, Regular Team and Snowy.

For each pokemon you can evolve it into 8 different stages and styles. Even you can evolve the Eevee pokemon which is given to you at the beginning of city but it is hidden. Now their area about 4 Evolutionary items present in the game. These items include Shiny Stone from Gen 4, Dawn Stone, Link Cable from the Pokemon Mystery Dungeon Version and Dusk Stone.