Pokemon Emerald Advanced is a remake of the Pokemon Emerald Game by Z-nogyroP for GBA Lovers. This game features all gym leaders, not only the first four. It also features Mega Evolutions for many Pokémon, as well as various other additions. Furthermore, this game includes Pokemon from Ruby and Sapphire which are absent in the original Emerald. This game includes new features such as double battles, new moves, and different evolutionary paths. These new features make the game more challenging to players who are used to just single battles. One might say that this game requires more skill than other games.

Same as Emerald, with exceptions. Aside from the Pokemon that are listed above, there are 6 new Pokémon (5 of them being legendaries) and 2 new Abilities to be had throughout the game: Mega Evolution Ability and Mega Steel Ability. Also, like Emerald (and unlike other remakes) all Pokemon available cannot be obtained via Mystery Gift or the Mystery dungeons.

The game follows the protagonist, named either Brendan or May depending on the player’s choice, through his quest to become the Pokémon Champion of Hoenn. Alongside this goal, he also wishes to take care of his little sibling, so he’s determined to train strong Pokémon and battle against many Trainers along the way in order to prepare for each challenge. The game is set in Hoenn and features new Pokémon, character dialogue, and an advanced level of difficulty. Players will be able to explore the region with either a boy or girl protagonist. It has been confirmed that players will not be able to use their previous save files on this new release.

Pokemon Emerald Advanced continues to make the game more difficult for players as new mechanics and changes are introduced. Whereas new features such as evolving Pokemon and set dungeons make the game easier, harder challenges have been made into character quests that force players to grind their skills. Additionally, the game features a new type of Pokémon, Darkrai, which was not available in the original release. The Hoenn region has also been expanded to include more areas and challenges.

Emerald Advanced will include new features that are geared towards making the game more difficult past what was seen in the original game. Key additions include two different levels of difficulty, one that is easier than anyone has ever played before and one that is past where most players can go. There are also eight gyms to take on with trainers who have been upgraded to be smarter, faster, and stronger. By far, it is the most difficult game in the franchise. For example, trainers can’t go back to an earlier town after defeating a gym leader or elite four member. The only way out of this region at that point is by catching a ferry boat to another future region such as Kanto. Also, try to get Pokemon Leaf Yellow Download (Updated)

An issue that has come to the light of Pokemon Emerald Advanced is that trainers have been experiencing a more difficult time catching wild Pokemon. This is a known glitch in the game and developers have said that it will be fixed in a future update. Since its introduction, there have been a number of reports from trainers about increased difficulty catching Pokemon, especially after the latest update. Trainers have been theorizing on why this is happening, with some being disappointed about this inconvenience.

The player will notice an increased difficulty from previous games. The path of the journey has been altered slightly to make things more challenging. In this game, the player will have to train their Pokemon more regularly and start with a weaker selection of creatures to make it through the ever-changing caves of the regions.

It is no wonder that the gym leaders and elite four in it are at a higher level than their counterparts in Ruby and Sapphire. After all, they have had more time to train and prepare for the inevitable showdown against the protagonist. As before, you will need to battle eight trainers in a row to become a champion Pokemon trainer. However, unlike previous games, each of the Elite 4 members will use six Pokémon instead of five.

Many people who are new to the Pokemon series or who don’t play often may not know about Gym Leaders and Elite Four. A quick overview of these 2 categories of people is that the Elite Four are the best trainers in the game, usually with team compositions that capitalize on weaknesses for your chosen starter Pokemon. The gym leaders are typically the ones you need to defeat in order to get badges which will allow you to battle against the Elite Four. Also, try to get the Pokemon Umber.

Recently, the Pokémon community has been going crazy over a newly discovered glitch in the popular Pokemon Emerald Advanced game. The glitch is called “glitchy trainer,” and it allows players to battle against Gym Leaders and the Elite 4 with certain Pokémon that they would not normally be able to use. One of these trainers is at level 70, and has captured an extremely rare legendary Pokémon, making him one of the strongest trainers in the game. Before battling the challenger, each Elite Four member will use six Pokémon at once. This includes Mega Evolutions for Dialga and Palkia of Ruby and Sapphire respectively in order to level up their Pokemon even more quickly before fighting the final battle.

When a player trains enough to leave their hometown, they are stopped by Professor Birch and given a choice of whether to choose a physical or special split for their adventure. The game offers two very different play styles for players to choose from at the beginning of the game–and it’s up to the player to decide what game style suits them best. Physical or special? It’s the decision every Pokemon Trainer has to make when selecting their party for battle. Will it be more advantageous to go with an all-out team of attacking special-type Pokémon? Or will you pack your team with high-power defense Pokémon who can take anything thrown at them?

Have you had the same, classic Pokemon party ever since playing your first game? If so, you are missing out on one of the more significant features of the newest generation of Pokemon, the physical/special split. This new system grants additional tactical options for battling, adding a lot of excitement to the game’s battle system. Also, try to get Pokemon Splice Updated Version 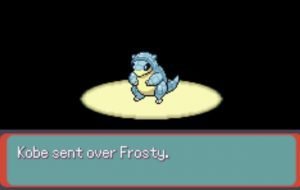 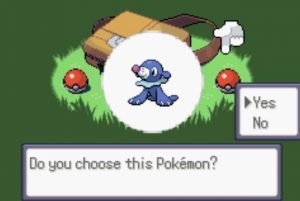 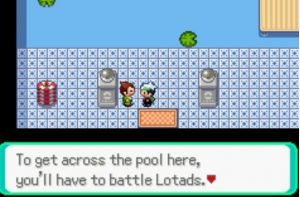 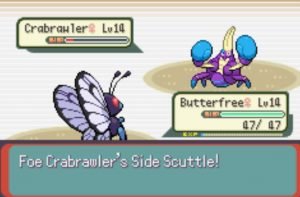 Players will be able to explore a brand new story and change the paths of their characters without affecting any previous save files. The Hoenn region has been given unique color palettes to match its diverse terrain and villages. The opening scene also reflects a sweeping change in weather that was brought about by recent disasters; it is now night season and rain begins to pour through the sky, which reflects on Hoenn’s new setting.

Whereas in Emerald the game followed a young boy going about his Pokémon journey with Pikachu as he narrowly managed to avoid falling victim of horrific Gyarados attacks, it will go back in time after that incident as players will be able to witness the boy’s journey through his own eyes. The group is currently recruiting members of Team Magma, and while they are not a direct factor in where the story goes, it will allow characters from Emerald who take on missions for them to join up with those same people. Also, try to get Pokemon Perfect Soul Download (Updated)