Pokemon Flora Sky rebirth English version is one of the successful hacks of Pokemon Emerald where many features can be explored. Being the main leading role in the game you have to prevent the region from the attacks and dangers of Giratina. With so many new features and updates get ready for the realtime updates of Pokemon Flora Sky rebirth emerald version which makes the game more stable and different from any other pokemon rom hack of emerald version.

The area in this game assigned is totally different with so many varieties and changes in the plots, you will face some legendary pokemon in this area. Legendary pokemon are available in the regions for specific purposes, which makes the game little bit unique from other hacks. Stay tuned with us because we are going to explore some realistic features and facts of the game.

Being a hack and remake of Pokemon Emerald version you will face some similarities in the game with the original game. So many new features and opportunities are part of the game which makes the play tasks alot easier like in Pokemon Monster Carnival Download. Especially when completing the missions and tasks. In the area where the main gameplay is located, you will see and face some legendary pokemon which have some special features and powers. You can use these legendary pokemon in the area, as well outside of the area, by giving them special training. As the game starts you will be prompted and alert that there is a battle that recently happened in this area between Dialga and Palkia.

The battle between Palkia and Dialga makes some great disasters in the area by making the security level of the area more inferior and weak. That’s why there is a portal between Torn world and the real world. There is always something happening around in this area which makes it more disturbed like the we have seen in Pokemon Flora Sky version and Pokemon Vega Version. One thing to note in the Giratina that it always creates some big problems and dangers which makes the gameplay alot difficult and challenging for you to complete the missions. One main mission of the game is that you have to close the portal as soon as possible because this portal can create big problems for you whenever you want to shut it down in the future. 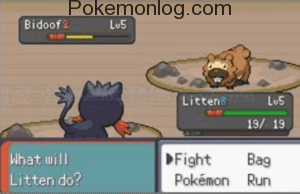 One thing to note about these two teams that they are always busy in creating something special for them. They always plan for something which makes their teams look great and work like charm. They are already seeking for legendaries water type and fire type pokemon so that they can dominate the world like in Pokemon Hyper Emerald V4 Download. Domination of the world means that they will rule over the area and will control all the legendaries type pokemon as well as the normal pokemon. As far as the battles and bargaining with these two teams are concerned, you will have to deal with them before its too late.

Now you as a main leading role in the game you have to deal with them and talk help from them. With the help of these two teams you have to prevent the heat of legendaries pokemon from the area before its too late. These are some of the tactics that you can make use of it and collaborate with these powerful teams in the game. Now you can also Adjust performed on all Pokémon in the question of the trade evolve it gender. These are really amazing features which makes the game look different from other games and hacks in the market. 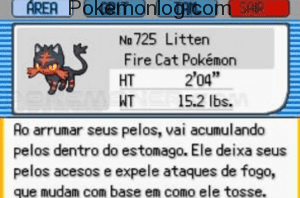 As far as the moves in the game is concerned, there are some new moves that make the game look more different and unique. Now some pokemon will have the exclusive Z Moves which is one of the amazing features of the game. Note that some pokemon like Eevee will have some fake evolutions which means that they will never recieve the Z Moves. As far as the animations in the game are concerned, now all the moves have the animations. You can also try Pokemon Golden Sun Download

Pokemon Flora Sky Rebirth is set to release on the Nintendo 3DS, and it looks like the battle system will be revamped. Players will be able to choose from a variety of Pokémon to use in their battles, and they can also customize their teams. There will also be new features like weather effects that can change the way battles play out. There are standard battles where you and your opponent face off against each other in an attempt to defeat each other, Single Battle which pits one player against another with no co-op support, Battle Royal which is a five-player free-for-all, and Team Battle which pits two teams of three against each other.

Pokémon Flora Sky Rebirth also features a Gym system where you can challenge opponents in order to earn badges that can then be used to enter different tournaments. Finally, there is the Safari Zone where you can find rare Pokémon and items. The new battle system in Pokemon Flora Sky Rebirth is a lot of fun and makes the game more strategic. In this system, each Pokemon has three stats: Attack, Defense, and Speed. These stats determine how effective your attacks will be, how quickly you’ll move around the battlefield, and how likely you are to avoid attacks. When you start the battle, you choose one of your Pokemon to lead the team. Your leader then selects one of its allies to join it in battle. After that, the battle starts! You can attack or use items on your opponents’ Pokémon, but watch out for their moves too! Also, try Pokemon Emerald Party Randomizer Download 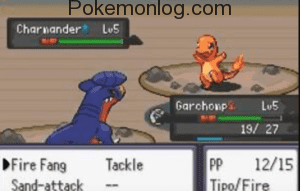 In this system, the player forms teams of six Pokemon and takes on rivals in battles that take place on floating islands. The goal of each battle is to defeat all of the opponents’ Pokemon and capture their items. Each opponent has a different team, so it is important for the player to choose a strategy for each battle. For example, if an opponent has a lot of weak Pokémon, it may be better to focus on defeating those Pokémon first before attacking the stronger ones. Similarly, capturing enemy items can give players an edge in later battles. The new battle system is easy to learn but difficult to master, making it perfect for fans of Pokemon who want something new but also familiar.

Players will be able to battle opponents head-to-head in 3D environments. Battles will take place on a variety of terrains and players will have to use their Pokemon to defeat their opponents. Pokémon Flora Sky Rebirth introduces a brand new battle system that allows for fast-paced, tactical gameplay. Players can control up to 4 characters at once, making strategic planning essential for victory.

Graphics and animation are two essential components of any video game. Without them, games can appear flat and unfinished. In Pokemon Flora Sky Rebirth, these elements come together to create a truly captivating experience. The graphics are largely based on the original games from the 1990s, with updated visuals and features. The animations are also faithful to the originals, with each character performing their trademark moves accurately. Combined, these factors help to revive an era of gaming that is often overlooked. 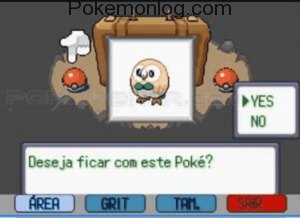 With each new iteration, developers continue to improve the graphics and animation to make gaming experiences that are more immersive and realistic. In Pokemon Flora Sky Rebirth, the graphics are some of the best that we’ve seen yet. The colors are vibrant and eye-catching, the characters animate smoothly, and the environments look alive with plants and flowers growing. The game is also packed with surprises, like hidden caves and waterfalls that you never knew existed until you stumbled across them. If you’re a fan of Pokemon games or just want to see some amazing graphics in action, be sure to check out Pokemon Flora Sky Rebirth.