Pokemon Desolation  is one of the famous RPG Maker XP made Pokemon ROM Hack which makes it more amazing for all those guys out there who plays the RMXP games. Pokemon Desolation Download is made by the author named as CAZ in the year 2015 and the last update was happened in the Mid of 2018. Some new pokemon are present in the game which makes the pokedex of this game more amazing for all the pokemon game lovers. Let’s explore the amazing kind of features which makes this game more amazing and interesting to play. From Graphics to Gameplay everything are just awesome. 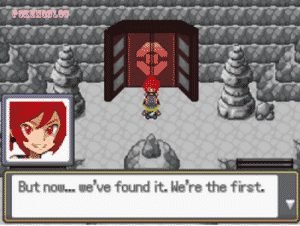 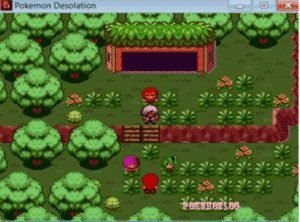 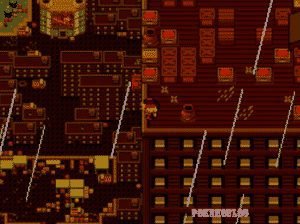 The main area from where the game starts is named as Ayrith Region where different kind of  new and old species are living. Many new Pokemon which were not available in the last version has been included in the latest version. As the story of the game starts you will came to know that the Ayrith region has been divided into four parts like in Pokemon Light Platinum DS. Soon there are some regions where the peace is no more exists. These are some challenges which can be fulfilled while playing the game. As a main player you are playing the game for the purpose of helping out the huminty in this area. You have to build your reputation in this area. Reputation building is one of the interesting part of the  game and you have to maintain it anyway.

Some Unexpected events are happening in the Ayrith region and it is everywhere in the area. All you have to do is to find these mysterious forces in the area who are responsible behind these events. For finding these evil events you have to struggle more than any other character in this area. As everyone like you wants to become the hero character. The main goal and task for you is to become the hero of this region. New Graphics and animations of the game makes it more interesting and awesome to play.

Amazing kind of credit system is also present which is capable to provide you some credits if you perform some good deeds. One thing to note that you can get some good credits in your account if you do something related to finding these evil deeds. Having some new gyms also present and the new gym leaders makes it more difficult for you to play some games. More amazing kind of features like the Alternate Starter pokemon are available which makes it easy for you to complete the missions.

The player is a pokemon trainer who starts as an apprentice at the pokemon league, and must work his way up through eight gyms in order to battle against the pokemon champion himself.

Together with your friends (some of which are quite powerful), set out on this adventure that will take you all over Blackview City – from its outskirts to its innermost circles – and prove once again what it means to be part of a team!

Important things to do in Blackview City are given below:

Silver Mountain is a pokemon desolation, and contains no pokemon. There are two ways to get there: one is by going east from the ruins of an ancient pokemon city; the other is through a tunnel in northern Kalos that leads out onto Route 13 near Laverre City. The area has gone completely wild since it was overgrown with large trees and lost to time.”

Important things to do in Silver Mountain are given below:

RedCliff Town is is a town in pokemon desolation. Pokemon trainers can catch pokemon, battle other pokemon trainers and have fun at the pokemon center. There is also an item mart to buy potions etc. RedCliff Town has a pokestop where you can earn more pokeballs by spinning it.

If you are looking for something new to do with your kids or just want some time away from the hustle and bustle of city life then RedCliff Town might be just what you need!

Come visit our lively little fishing village located on the coast line of Pokemon Desolation today! There is so much adventure awaiting those willing to come explore all that this quaint little hamlet has to offer. Whether its catching pokemon in one.

Important things to do in RedCliff Town are given below:

All you have to do is to find the forces behind the evil events in this area, so in this way you can increase the reputation. If you are able to find these evil forces, you will be more happy because your reputation will be increased alot similar to Pokemon Rocket Strike ROM. Some amazing kind of music is also presnet in the game which makes it easy for you to entertain yourself.  Also, the battle system of the game is more interesting to play some battles.