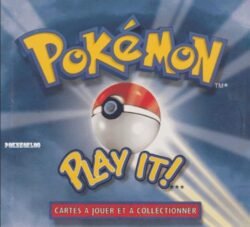 Pokemon Play it is one of the special Pokemon Game which is based on the Pokemon Trading Card Game. One special thing about the game is that it is designed for the PC, so you will experience a different kind of gameplay in the PC. Initially, it was included in the CD ROM Version which makes the game more unique. The main player has to discover the area and find a different kind of items in the game. There are four decks in the game, on which the entire game is based named as Fighting, Water, Fire and Xtra Deck. Let’s Explore what’s special in the game, I hope you will enjoy the gameplay. 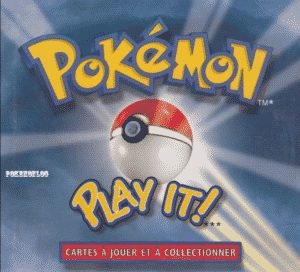 Complete Overview and Walkthrough of Pokemon Play it:

For Playing the other two half decks you have to type a cheat code name as “fire” which will make you able to play the other two types of decks in the game. The other two decks named as Fire Deck and Extra Deck which are also amazing and can be used for many types of trading purposes in the game. As the main game is based upon the basic trading features and skills. So you have to note that all the trading options are available for you in the game.

In the game you will notice that your opponent, which is a computer is playing with and he is using the Fighting type of deck in the game. Fighting type have several kind of features which makes the game more advanced for you. Some special features are available in almost all the decks which again one of the special thing of the game.