Pokemon Wish is one of the GBA hacks of Pokemon FireRed Version having a new region to explore and find mysterious things in the land. Pokemon Wish Download has a different storyline which starts from an ancient time and civilization which have survived about thousands of Years ago. The Whole game is set in the Acromian Civilization which has its own customs and rules. They have grown in the past few decades from the small trading ports to the Large Empires and tycoons. The pokedex of the game is changing this time by the addition of some new characters in the game. Also get Pokemon Apollo Game 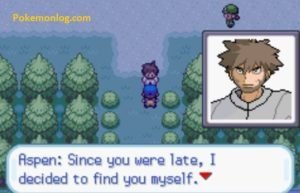 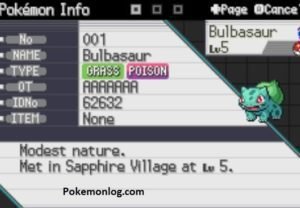 The acromian empire last from past few decades and they have a very rich culture as well. In the past, they have some small trading ports but sometimes they formed a large empire which was unable to break. Suddenly the war begins in the world which has an impact on the Acromian Empire as well.

You will be amazed to see that there are pokemon from Gen 1 to 7 which is quite a unique feature in any GB A Pokemon Hack. The professor will be guiding you but first, you have to help him because he is drunken. All these things should be done for the sake of no violence in the region but still, there are few questions to answer.

These are some of the questions which should be asked during the gameplay and at the same time, it should be answered as well.

About the new Region and Graphics:

The region in the game is quite a unique and mysterious one, which have lots of secrets from the past few decades to cover. You have to explore the full region and find some wild type of Pokemons as well. Also, the graphics are really awesome to explore in the game. The UI is changed a lot while mainting the old menu system.  You will have some new graphical 3D elements in the game to use and explore. You can get Pokemon Victory Fire OR Pokemon Sienna Download