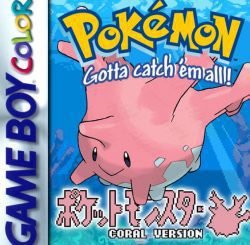 Pokemon Coral Version is a GBC Based Game that is actually a Pokemon Crystal ROM hack. This game has been created by coraldev for all the GBC Games lovers. Pokemon Coral is an interesting Pokemon Hack where you can capture all the 386 Pokemon.

This game is based in the Onwa Region which is one of the awesome places far away from Kanto and Jhoto Regions!

It is a hack that makes Pokemon Crystal even better than ever before by adding new maps, characters as well as Pokemon to make it feel really fresh again. This game is such a great way of reviving the old pokemon feeling once again, so if you’re looking for a brand new challenge then this is definitely one of those hacks that will keep you entertained for hours on end.

The first thing you will notice about Pokemon Coral is the fact that the game is now more challenging than it was when Pokemon Crystal was first introduced. Certain Pokemon have actually been given new life here and are a lot stronger than before, so be prepared for extra battles.

This Pokemon Hack has certainly managed to make player’s experience more enjoyable by adjusting every single Pokemon that appears in this game, even ones you’ve already caught! This hack really brings out Pokemon from their shells which can also help players that have already completed the original Pokemon Crystal ROM because of how strong these Pokemon are. In addition to this, you’ll be able to recognize all 386 Pokemon without having any problems whatsoever!

Besides all the above-mentioned good stuff that Pokemon Coral ROM Download is offering to Pokemon lovers, there are some really interesting Pokemon types that you can only find in this game. Pokemon such as Arcanine have been replaced by Pokemon like Zangoose and Absol, so the gameplay has become a lot more exciting than before!

The graphics of this game have also been changed to match Pokemon Roms Crystal version better which makes it even more enjoyable to play. The music from the original Gameboy games have also been added into this making it an incredible experience for all Pokemon fans out there.

In addition to all these great things about it, we’ve also managed to keep track of any Pokemon-type changes that may occur during your adventure here as well as some new items that make this Hack more enjoyable for players. Pokemon trainers will also need to keep track of their Pokemon’s happiness levels as Pokemon in it are now a lot harder to capture than before!

The Pokemon types that used to be Dark and Ghost type have become normal, while the Fire type Pokemon has become Ice type! This hack really makes you think a lot more about what Pokemon you want to catch, because you’re going to have spend some serious time training them. You’ll also need different Pokemon for each gym leader, as certain moves work better on certain Pokemon. In addition, Dratini is no longer an egg group and can evolve into Dragonair or even Dragonite which increases its potential a lot. 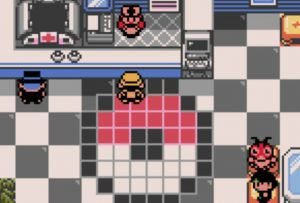 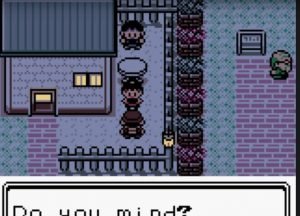 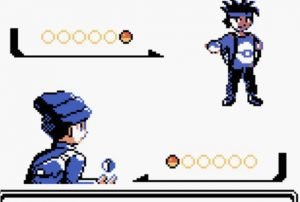 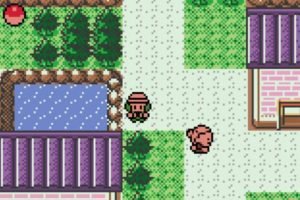 In this game Mewtwo is Pokemon #300, so you’ll be able to catch Pokemon up to Pokemon #386! It is also really interesting that Pokemon like Shuckle and Aipom will evolve after a certain number of Pokemon trades when traded with specific Pokemon. These Pokemon can even get new moves once they’ve been traded enough times as well!

Overall Pokemon Coral has become a lot more difficult than it was originally which makes it perfect for those players who loved original Pokemon Crystal ROM back in the day and would love to try something different. The difficulty level has really increased from its previous levels by increasing each Pokemon’s power and strength.

Onwa is a beautiful region that offers Pokemon players new adventures and challenges to get through, so don’t forget to check out this game. Pokemon lovers will definitely enjoy this game a lot!

Things to do in Onwa Region:

Below are the things to do in Onwa Region:

Pokemon Tower: The Pokemon Tower is a very interesting place to visit as it holds the graves of Pokemon and their trainers who have fallen in battle. You’ll also find Pokemon fossils that you can later regenerate into Pokemon, so be sure not to miss out on this one!

The Arcane Laboratory: This laboratory is run by Dr.Arcane – an unconventional scientist with an incredible passion for studying Pokemon abilities and powers. He has created several labs around Onwa and keeps his findings a secret from everyone else in order to avoid getting sued. If you can manage to get inside this lab uninvited, then he might hand down some of his experiments for free. Also, try Pokemon Sinnoh Legacy Download (Working 100%)

Pokemon Gym Leader: Pokemon Crystal Coral has 5 Pokemon gym leaders to fight, each with a different Pokemon type. You’ll need to have Pokemon that are strong against any of these Pokemon types as it’s going to be difficult getting through without compromising your Pokemon’s health stats. Be sure not to miss out on this one if you’re a true Pokemon fan!

Some Interesting things to note about Onwa League Badges are Pokemon Gym Badges boost Pokemon level if Pokemon Ralts Badge is equipped, Pokemon Badges give Pokemon Trainer battles a Pokemon type-specific attack. These badges can also be traded with your friends to help them out!

Revamped storyline: this hack includes all Pokemon up to Pokemon #386, along with their newly added abilities! This is the only time you’ll be able to get such an amazing addition that will change everything about Pokemon Crystal from the inside out. You’ll be able to capture these incredible Pokemon like Mewto, Lugia, Articuno, Zapdos and Moltres. There’s even more for you

There are also new items that Pokemon players can collect like X Speed item which allows Pokemon trainers to run faster during their adventures, as well as Repels and Escape ropes. These items are available at Pokemart. Pokefans really won’t want to miss getting their hands on Pokemon Coral to enjoy Pokemon games like never before.

These Pokemon can even get new moves once they’ve been traded enough times as well! Overall it has become a lot more difficult than it was originally which makes it perfect for those players who loved original Pokemon Crystal ROM back in the day and would love to try something different. Also, try Pokemon Alpha Sapphire Download (Latest Version)

There are also new items that pokefans can collect like X Speed item which allows players to run faster during their adventures, as well as Repels and Escape ropes. These items are available at Pokemart. Also, try Pokemon Photonic Sun Download (v2.3 Latest)

There are also Pokemon that pokefans can capture like Mewto, Lugia, Articuno, Zapdos and Moltres. There’s even more for players to worry about in Pokemon Crystal as they’ll need to have Pokemon that are strong against the Pokemon Gyms Pokemon types or else it’s going to be impossible for them get past these difficult levels without compromising their Pokemon health!

In order to access all of the content mentioned above you will have to do a few things first, one of which is creating your own Pokemon Ralts account using Pokemon Ralts Generator.

The whole battle system has Pokemon Pokemon Trainers can either choose Pokemon Champions or Gym Leaders to battle with, once Pokemon trainers win a Pokemon trainer battle they’re rewarded with Pokemon League Badges and other rewards.

This hack has Pokemoneys which are used to buy items in the game like X Speed item that allows players run faster during their adventures, as well as Repels and Escape ropes. These items are available at Pokemart. In order to access all of the content mentioned above you will have to do a few things first one of which is creating your own Pokemon Ralts accounts using Pokemon Ralts Generator. You’ll also need Pokemon Ralts Gameboy Emulator for Windows/Android devices and a secondary device such as a Pokemon Gameboy Player to connect your Pokemon GBC game. Once you’ve done all that, simply connect Pokemon Ralts with Pokemon GBC and load Pokemon Crystal Rom into the Pokemon emulator then start a new adventure!

So if you’re serious about playing Pokemon games and want to experience something totally different from original Pokemon games that came out in 1990s, then I suggest you check this one out. Pokemon fans will love the new battle system used in the game as it makes everything even more exciting than ever before! Also there are several new features mentioned above like X Speed item which allows players run faster during their adventures, as well as Repels and Escape ropes. These items are available at Pokemart.