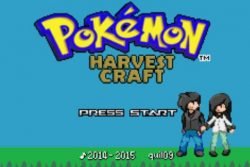 Pokemon HarvestCraft is a remake of Pokemon Ruby for all the GBA Lovers. Its is created by Quil09 that is available in English Language. Pokemon Backpack has been added along with all the gen 4 Pokemon. You can also find Pokemon that are not present in any of these games for example Pinsir and Scyther has been included as evolution chain for Scizor and Misdreavus is replaced by Giratina. All the features like Daycare Center that provides eggs have been added along with Player’s House, Breeding Center and Poke Mart to purchase items like Repel etc. There is a lot to discover about this mod so you should give it a try!

Twenty-one years ago, Pokemon lived in harmony with their natural environment, how trees were cut down without care for the creatures that dwelled among them. One day a group of people came and started chopping down trees recklessly until they found themselves trespassing on the home of an ancient Ghost-type Pokemon.

When this mysterious tribe first arrived to Terminus Cave’s forest, they planned to establish a small settlement near its entrance to escape from the pandemonium and tyranny happening outside. Though almost immediately after arriving at Terminus Cave these pioneers ran into some opposition when it was discovered that Trevenant had made itself king of this forest only two years before. Not wanting to see any more destruction they tried negotiating peace with Trevenant but it refused. It was the only Pokemon willing to protect this forest and wouldn’t give up its title asking for anything. Also, try Pokemon Dreary Free 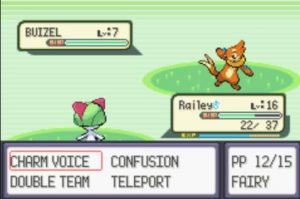 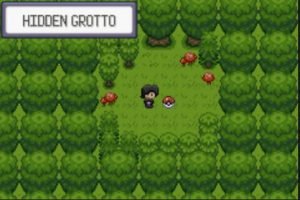 To seal off the cave, they constructed a massive wall around it and settled their first town in front of Terminus Cave after hiding themselves from Trevenant’s sight. The small settlement slowly grew into a thriving town which they named Pokemon Haven Village. Pokemon started migrating into Pokemon Haven Village where many new friendships were made between Pokemon and humans besides Pokemon training constantly with each other. It had become almost like Pokemon Haven Village was naturally meant to be inhabited by both human and Pokemon together peacefully, until something horrible happened. Also, try Pokemon Crystal Randomizer

This is when Pokemon from all over Terminus Cave came to their rescue while Trevenant protected Pokemon Haven Village, but it wasn’t enough to stop Pokemon hunters which forced the Pokemon back into Terminus Cave. Nearly twenty years of life in peace gone within a single day for these Pokemon and humans alike…

This event became known as The Great Pokemon War, and ended with Trevenant sacrificing itself so that Pokemon could have safe passage through Terminus Cave to the forest beyond. Since then Pokemon Haven Village has been guarded by two specially chosen partners named Ethan the Guardian of Terminus Cave and Aries his Pokemon. Pokemon that were kidnapped in Pokemon Farm have been rescued and Pokemon Haven Village was rebuilt to its former glory.

But now twenty years later, Pokemon are disappearing from Terminus Cave once again, Pokemon hunters are back to fill Pokemon Safari Zone with new Pokemon captives and in Pokemon Farm more Pokemon were found imprisoned by humans which is causing tension between all races of Terminus Cave’s forest. It seems like dark memories about The Great Pokemon War have started resurfacing so the explorers of Pokemon Haven Village must resolve this mystery before anything else happens! Also, try Pokemon Black Randomizer Free Download

Pokemon were once hunted like animals by Pokemon hunters and Pokemon Safari Zone. Pokemon Protective League has since become the only Pokemon organization that protects Pokemon from harm, and helps all Pokemon claim their rights as creatures of Terminus Cave’s forest. Its vast network runs across Terminus Cave to investigate cases such as this, helping Pokemon regain freedom when they are kidnapped by Pokemon Hunter or rescued if any Pokemon gets hurt while in captivity at Pokemon Farm.

The Story of Ethan the Guardian:

Ethan started out as a Pokémon Collector who loved collecting anything that he could find in Pokemon Haven Village. No one had ever seen him outside of his home where more than 20,000 different kinds of items were collected into neatly organized cabinets on every wall! that was until Pokemon Hunters came and Ethan’s Pokemon, his best friends were kidnapped by Pokemon hunters.

Pokemon Hunters raided Pokemon Haven Village when the villagers were on their way home from celebrating Christmas Eve. Pokemon were suddenly kidnapped and carried to Pokemon Farm in Pokemon Safari Zone where they are kept as prisoners.

Ethan ran out of his house without a single thing except for a weapon manufactured at Terminus Cave’s Blacksmith called ‘Hunter Trigger’ which he had built using his knowledge about mechanics. He used this to track Pokémon Hunter down all across Terminus Cave searching for all 20,000 + Pokemon that have gone missing! Eventually after tracking down the Pokemon Hunter who captured his Pokemon he found them inside Pokemon Safari Zone. 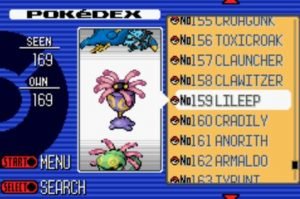 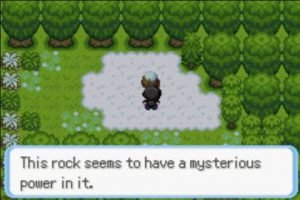 The whole Weather System was not included in Pokemon HarvestCraft for several reasons:

It would have taken too much time to implement it correctly, requiring lots of scripting and testing.

The only Pokemon based weather I’ve ever heard of is Pokemon Platinum’s Pokemon Amie functionality where Pokemon looks happier in sunny weather and sadder in rainy or snowier atmosphere so I wanted to do something more creative than this but overall the system got scrapped and had to be cut out.

The Weather System that was supposed to be implemented are as follows:

Temperature: -5 degrees Celsius ~ 35 degrees Celsius (Minus 50 ℉ ~ 100℃) // Pokemon feel colder when its cold outside, fainting when its below 0 degree celsius. Day and Night Cycle: Pokemon aren’t allowed to be caught in the Pokemon Center during night time or they will have reduced happiness. Pokemon are more active at night, using moves like Glare (Night Shade) for example. Pokemon prefer to loaf around during day light hours → Pokemon can be found sleeping on grass during the day if it is sunny outside.

The weather would change depending on what season it is…. Summer : Pokemon are unaffected by extreme cold weather(snow, hail, foggy weather etc.) but when its too hot they feel uncomfortable with temperatures above 35 degree celsius (100 ℉ ) because of their innate Fire-type body temperature Winter : Pokemon dislike freezing cold weather that can cause them harm and Pokemon can’t be caught with a Pokemon Ball when it is snowing outside. Pokemon are more active during winter time than other seasons, using moves like Ice Shard (Ice Punch) for example. Pokemon dislike the heat and will sleep in caves to avoid the blazing sunlight in summer due to their innate Water-type body temperature

Weather could also influence Pokemon behavior as well as damage…. Enemy Pokemon respawns faster during night time because they become friendly when its sunny or burns other Pokemon/Player characters with Fire Spin attack when its hot outside → This only applies when Pokemon are spawning naturally. Moves like Powder Snow (Icy Wind) cause frozen status instead of icy wind on Pokemon, dealing water based damage and Frozen Pokemon take more damage from Fire type moves.