Pokemon Origin Fire Red 3D is one of the best pokemon rom hack of Pokemon Fire Red Version which have numerous kind of 3D features. There is good news for all the pokemon game lovers who are playing games on PC. This Pokemon Origin Fire Red Version 3D Download can be the best fit for your all adventurous gaming list. Various kind of moves and movesets makes the game more interesting for all the PC Games lovers.

Collecting different kind of gems and pokemon is one of the main and core task of the game. The main leading role have to control the moves and missions of the game as well. This time the area in the game is totally different having some new towns and pokemon as well. Thanks to the Pokemon Fire Red 3D Group as they have created such a game which you feel like an open world adventurous game.

For all the PC Pokemon game lovers who are always searching for an adventurous pokemon game to play on their PC. The game plot is totally different from all the casual games of pokemon world. Simply download the game and explore the hidden features of the area where all different kind of pokemon are residing in the area. Keep in mind that this is a fan made game, which can be different from the original pokemon games you have previously played on your phone or PC. The game developers have released the beta version so for now, now you have to wait for the game developers to released the full and final version of this game. Then you can see what are the deployed pokemons and what are available for you to play the game with.

The Starters are also different and new from all the pokemon rom hacks, now you can go with the Pikachu and find some hidden pokemon in the area. Pikachu can be the best colleague in finding all the new pokemon in this area. There are some pokemon imported from the Sinnoh Region. The legendary pokemon can be found in this area too like in Pokemon Flawless Platinum ROM. You have to catch them on time for completing some pokemon missions. Missions are different in sizes and time based as well. Time-based events and missions are part of the game which makes the game more interesting for all the sharp gamers. Professor is always with you, but you have to keep in mind all the instructions and complete all the missions on time, which makes the game complete on time and one more thing which is getting the favours of Professor as well. 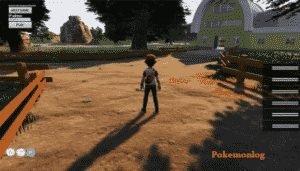 What Changes in Storyline:

Talking about the storyline of the game which is same as the old Fire Red version. However some more missions, dungeons, epicTal pokemons that can be captured, and legendary. As this is a remake of Fire Red Version which can be challenging for you as the group have include their own missions. For this you must play the original fire red version so that you are mentally prepared for the upcoming events and missions in the game. With the pokemon fire red storyline completed, other generations of pokemons will be deployed.These pokemon are deployed because they are not best suited with all the missions and events available in the game. Now it depends upon you how you play the game and complete all missions on time. Also, check out Pokemon Thunder Emblem ROM

The Physical and Special Split is a change in the way moves are classified in the Pokémon video game series. In previous games, all moves were either physical or special, with no variation. Beginning with Pokémon Ruby and Sapphire, moves were classified as one of four types: physical, special, status, or other. This distinction determined how much damage the move would deal to the target and what stat would be used to calculate that damage. In the 3D remake of Pokémon FireRed, called Pokémon Origin Fire Red 3D, this mechanic has been changed yet again. Now all moves fall into one of two categories: physical or special. The type of the move no longer matters; instead it is based on whether the attack strikes the opponent physically or hits them with energy. For example, Thunder Punch is now considered a physical move, while Psybeam is now considered a special move.

In the Fire Red and Leaf Green remakes, Pokémon have reverted back to the physical/special split that was used in the first three generations of games. This is great news for players who prefer using special attacks, as they now have a wider variety of moves to choose from. However, it also means that Pokémon with mixed offenses are a little less powerful than they were in the previous games. For example, Flareon is now weaker than it was before, since its fire-type attacks are now classified as special moves. On the plus side, this change does make some Pokémon more viable choices for battle. For instance, Machamp can now learn Close Combat, which gives it a powerful STAB move that can take down most foes with ease. Also, try Pokemon Ash Hoenn Download (Updated)

The graphics and animations in the new Pokemon Origins game are amazing. The characters look realistic and the movements are smooth. This game is definitely worth playing for the graphics alone! Graphics and animations in it are significantly better than in the original game. The character models are more realistic and the environments are more detailed. The animations are also smoother, making the game more immersive and enjoyable to play. 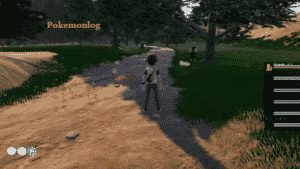 In Pokémon Origins Fire Red 3D, graphics and animations are used to create an immersive experience. The game’s engine renders the world in beautiful high-resolution graphics that make it feel like you’re right there in the world of Pokémon. The character animations are also top-notch, making your Pokémon moves look realistic. Whether you’re battling or just exploring, you’ll be blown away by the graphics and animations in this game. The graphics are incredibly realistic, down to the last detail. From the lush forests to the bubbling brooks, it’s all there. The animations are also top-notch, from the way the characters move to the way they battle. You really feel like you’re in the game. This realism helps to make the game more immersive and enjoyable to play. Whether you’re a longtime fan of Pokémon or just getting started, you’ll love it!

The game was released in Japan on February 27, 2016, for the Nintendo 3DS. The graphics and animations have been updated for the 3DS, with new areas and enhanced graphics. Some of the new animations include a more realistic water animation and grass animation. The graphics and animations are vastly improved from the original Fire Red game. The characters and environments look more realistic, and the animations are smoother and more lifelike. This makes for a more immersive gaming experience that is sure to please fans of the Pokemon franchise.

The Battle System in it is much different than the original games. The player now has the ability to walk around the battlefield and approach their opponent from any direction. This gives players more options in battle and makes it more strategic. Moves are also executed differently. Instead of pressing a button to use a move, you now have to flick your Wii Remote in the direction of the move you want to use. This makes battles more realistic and adds an extra layer of difficulty for experienced players. Also, try Pokemon Emerald Party Randomizer Download

One of the many new features in the upcoming game is its all-new battle system. Battles are now fought in a 3D space, which makes it more realistic and gives players a better view of the action. In addition, Pokemon now have facial expressions that change depending on their mood, adding to the immersion. There are also several new battle mechanics. For example, when one of your Pokemon is low on health, its appearance will change to reflect this. Additionally, you can now swap out your active Pokemon during a battle without having to forfeit. This should make the game more strategic and add an extra layer of challenge.

The battle system in it is the same as in the original games. There are three trainers in a battle, and the player can switch between their pokemon at any time. The opponent’s pokemon will also be able to switch, so it is important to choose the right pokemon for the battle. Each pokemon has two moves, and they can learn more by levelling up. The player can also use items during battles to help them win. The Pokémon Origins games take the player back to Kanto, the first region in the Pokémon series, with updates to the battle system that reflect later games in the series. The player battles wild Pokémon and Trainers using a three-dimensional battle system that allows for more strategic battles. When two Trainers are near each other, both will be able to see each other and their Pokémon. This also allows for Trainer-versus-Trainer battles, which were not possible in the original Game Boy release. 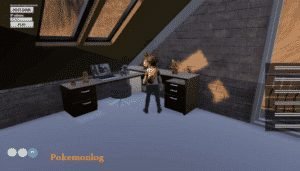 One of the core tasks of the game is finding the new pokemon as well, but you will never have to forget the main task of the game which is finding the Wild Pokemon. Finding different pokemon in the area can be really challenging for you, because they will behave differently. As the wild pokemon behavior is totally different and has numerous kind of tricks. After catching the pokemon you have to train all these pokemon. They can be useful in different missions as well because you can use them in several places.