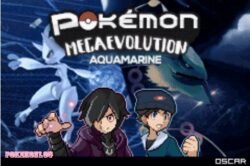 The Oak characters walk wrong as everyone knows that it is a bug and should be fixed in the coming versions of this game. Again the area of this game named as Johto, which consist of some bad characters and evil forces present which have kidnapped one of the famous scientists of this area. Several new tiles and scripts make the game experience more unique and awesome from all the hacks we have ever played so far. Let’s Explore what are some special features present in the game which makes it more interesting. 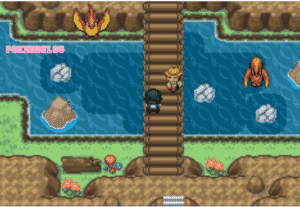 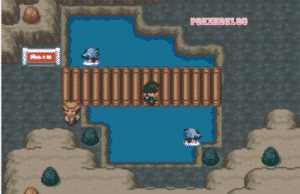 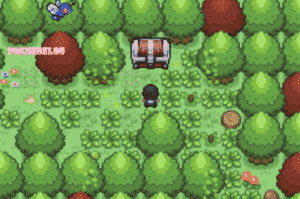 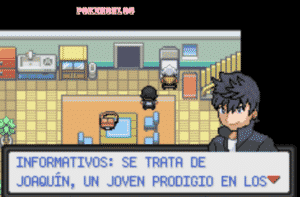 As the game starts, the main characters are introduced which have some new pokemon as well. The Pokedex of Aquamarine ROM Hack has been renewed which makes the game more perfect to play and experience the awesomeness of the script. Several Years ago the area which is named as Johto Region has been hit by a strong Tsunami which has destroyed almost everything. One of the famous scientists of this area named as Kingdra has found out why the Tsunami has hit the area. At last he found out the actual reasons behind these attacks. He concluded that it was due to the evil forces attacks. Now you know the basic scenes happened in this area which has changed almost everything in the homes and gyms.

As we know the Sea was protected by a Special Protector. He was kidnapped by the team Aquamarine which has some secrets behind this attack. He was placed in a cave where the “The Three” team is also present like in Pokemon Star Version 2019. They are extremely motivated to the act of destroying the whole world. Now you are playing the game as main role and have to find out all the secrets which is behind all these deeds. Find out the evil forces and team Aquamarine for having a battle with them and to destroy the “The Three” team as well. For Destroying them you have to use some special forces as well different Pokemon teams. Get the Pokemon Shining Opal Latest Version for free

Catching Wild Pokemon is one of the special task which can be performed in the jungle areas. Make sure that you know all the basic methods of catching different wild pokemon. After catching them you have to train them in different areas and to include them in pokedex as well. Remember that you have to stop the team Aquamarine who are going to set Free “The Three” team. You will be the saver of this area if you are able to find out the evil forces behind these acts and defeating the Aquamarine Team. Join different teams present in this area for making sure that you have some good skills of battling as well as catching different types of Pokemon. More Importantly, you have to place all the tiles in their perfect places which are specially designed for them. The scripts in the game is also different from all the scripts presents in other pokemon rom hacks.

Catching different types of pokemon is one of the special tasks which will be performed by you. As you have to complete the pokedex and that can be done only if you have some good skills of Catching different Pokemon. Completing the Pokedex is one of the most important tasks in the game which makes the game perfect for you to play. Some Special forces are also present who will prevent you from catching process as well.