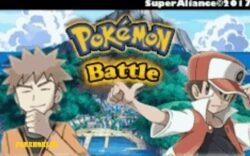 Pokemon Battle Ultimate is a GBA ROM Hack of Pokemon Fire Red Code based engine which was released in 2017 by Brock, Verskr Dark, EU. The language of the game is English as usual for most of the rom hacks of Fire Red. Download Pokemon Battle Ultimate ROM for free from pokemonlog which is one the trusted site and we have added the latest version of this game which was released on April 2019.\ 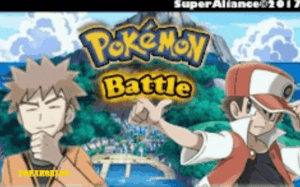 The main player has certain challenges to complete as winning the tournament and becoming the pokemon champion is the main goal of the player. For all these goals you have to do all the coming tasks and missions on your way. Let’s have a look at some amazing features available in the game which can be really amazing in making your gaming experience better. 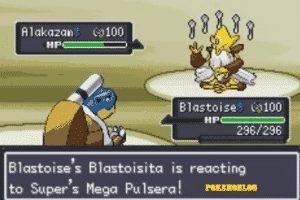 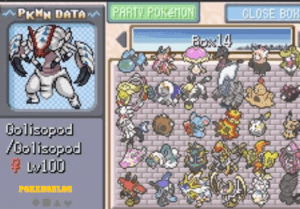 As the game starts you will be given the basic intro and after that, you will be moved to the stadium where different kinds of battles to happen soon. Perhaps you may have played pokemon stadium game which has numerous kinds of cool competitions in the form of battles in the stadiums. Similar is the case with this game as well like in Pokemon Terra ROM Latest Version. Select the Pokemon Starters from the given list in front of you. Some cool kinds of starter are available along with their strongest abilities. Choose the best pokemon that you want to according to their abilities. The dream is big, infact quite big, because you are gonna become the World Champion.

You may have heard that every four years there is a tournament which is held in the Kanto World Stadium. Now this year and on this day you have the chance of becoming the pokemon champion if you are successful in the battles in this stadium. You are playing the role of a young trainer, all the trainers are present in this stadium and have a chance of winning the big title of Champion of Pokemon. All of the trainers are eagerly waiting for their turn to defeat you and other trainers with their selected pokemon from the list. Various kinds of graphics effects are included as battle part of the game, now experience the whole new menu system as well.

Among the 426 Available pokemon you have to choose 6 of the Pokemon. All of your opponent teams and rival have to choose 6 pokemon as well. Choose wisely because these battles are not easy at all, all of them are quite hard to compete. Your opponents are at the level 100 to chase you and other opponent teams like in Pokemon Paradox ROM. Now it all depends upon, how you manage to defeat them all and choose the best pokemon from the available 426 pokemon. These decisions are quite crucial because they will ultimately change your fate of winning the big title of the Pokemon Battle Ultimate GBA Game.

There are almost 5-7 mega evolutions available for the available pokemon in the list. You can choose the mega evolutions for any pokemon at any time of the battle scene and move forward with having a good battle. Using the Mega Evolutions may be challenging as well because its usage at the right time will make you win the battle. Battle scenes are updated with the increase in difficulty level as well. You will face some difficult missions as well because this game consists of a tough tournament to compete. There are amazing collections of animations for the battle scenes.

There are some good collections of moves and movesets for almost all the characters. Now the player can move in almost all the directions. It means that the direction limit has been uncovered and now you can move. All the opponents are at the level of 100 and you will face some tough time in completing them. Also, try to download Pokemon Rose Gold ROM