Pokemon Digimon Fire Red is a remake of Pokemon Fire Red Game by Luis Escobar. Its a GBA rom hack that has some amazing pokemon in the area. Some new characters and animations are part of the game. The code is by a friend Carl Corell Digimon Fire Red has some changed features but still uses the engine as Pokemo Fire Red. Digimon Fire Red was first released on May 2016 with few Digimon.

The Digimon And the rest of features were added later on October 2016, including the ground overworld sprites for Digimon sprites to move around. Currently DigiXross (The creator) Is working on fixing glitches and adding more characters and events that have been updated since Pokemon fire red release.

The game starts off in Pallet Town where you wake up late from Prof Oaks call to his lab, when you get there he lets you choose A Starter pokemon then your adventure begins after choosing 1 of 3 starters: Charmander, Bulbasaur and Squirtle. After you complete Prof Oaks lab you will be tasked to leave your hometown to visit Cherrygrove city where Todd the Digimon Professor lives. DigiXross has been working hard to fix glitches that were in Pokemon Fire Red such as missing tiles, Missing Characters, incorrect palettes, etc. Also, try Pokemon Dreary Free Download (v1.4 Latest)

The game also includes different Digimon Digivolves once certain requirements have been met. Different Digivolution types are used on Digimon according to its type combination. Digimon can Digivolve into Rookie, Champion, Ultimate or Mega level Digimons depending on which level of Digivolution they are at. Some digimon require special items or even Shiny stones in order for them to digivolve into their next form. Digimon can digivolve into Digimons from all Digimon series such as Digimon Adventure, Digimon Tamers, Digimon Frontier and Digimon Data Squad which includes Fan Made Digimons such as Megidramon or even a DigiXross (Refering to the Game Creator). Also, try Pokemon Kalos Crystal Download (Updated)

In order for you to obtain Digimods/Evolutions items there are some areas that need your attention in order for you to access them. For example one area is blocked by rocks that need you to get HM Rock Smash in order to clear it off, while going through another cave you will have to use HM Flash in order to light up the dark paths. The way Pokemon Fire Red was made with its HM system Digimon Fire Red was made with its Digivolve Digimods/Evolutions. In Digimon there are Digivolv Digimods or Evolution Digimods that must be obtained in order to obtain a specific Digimon DigiXross also added some new items and TMs for you to play around with.

In the game you will meet different people throughout your journey who will give you important tips on how to catch and evolve certain Digimons. You can even battle Gym leaders from all regions then become their friends afterwards just like Pokemon games, adding much more challenge to the game.

There are also special areas called Hidden Grottos scattered across Johto each having its own mini puzzles and rewards such as Digimods, Digivolution items or even rare Digimon. DigiXross has been updating this game since is release and adding some new features to make it more enjoyable for the players. Some Digimons are exclusive to specific areas so you will have to explore and catch them all!

The main mechanic is catching Digimon. Digimon can be caught in the wild and battled against to weaken them before they are caught, or Digimon can be hatched from DigiEggs. DigiEggs can be bought in the Digivolution Shop using either Digi-Souls (obtained by battling Digimon), or DNA-Fragments (obtained from Digivolving). Once a Digivolution sequence is completed, it cannot be reverted!

With each season that passes, physical attributes of all Digimon will increase as well as their strength on average. However through evolution, some species may become weaker while others become stronger depending on whether you Digivolve them into stronger or weaker Digimon. Digimon Fire Red will have over 550 Digimon across various Digivolution lines and DigiEggs. Also, try Pokemon Fire Sword Randomizer Download

Meltdown occurring every 10 minutes: Digimon under a certain performance ability rating may fall into Meltdown, meaning their physical strength is greatly reduced for the next battle. If their next opponent knocks down to below 5% HP, this Digimon will lose it’s meltdown status! 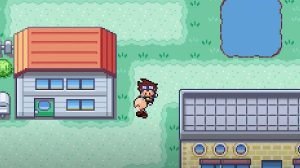 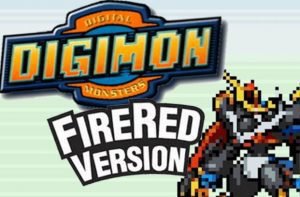 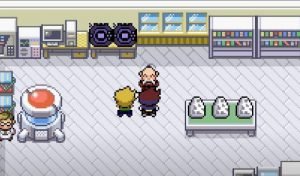 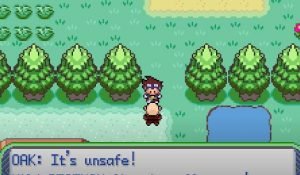 Each Digimon has their own experience points, which gradually increase as they are battled against and evolve. When a Digimon reaches 100% experience they level up and become more efficient at performing in battle before reaching max level (Level 99). Max levels will be able to Digi-volve to the Mega Digimon in Digimon Fire Red.

Digimon have their own attack, defence and speed stats, which work on a response time system. Digimon with a higher speed stat will hit their opponent more often than Digimon with a lower speed stat. However Digi-Souls can be used to increase each Digimon’s statistics as well as it’s intelligence (which determines how much experience a Digimon gains per battle).

Leveling up your Digivice:

Your Digivice is your tool for weakening wild Digimon so that they are at an easier level to catch. If you defeat another strong Digmon without capturing them, they’ll flee when the meltdown timer reaches 0 meaning that you cannot capture them. Digimon Digivice’s can be upgraded in the Digivolution Shop to catch higher level Digimon.

Digimon will have a rarity rating assigned to them based on their Digi-Soul cost, Digi-Egg requirements and DNA requirements. These rarity ratings are; Common, Uncommon, Rare and Unique . (More details coming soon). Players who aren’t experienced with Digimon games can use the fully functional farm which allows players to get more experience before battling opponents through training Digimon, or merely filling up potential meters if you feel lazy! (More details coming soon)

Your farm also has it’s own training system! This means Digimon may level up and Digivolve quicker by leveling up all the stat training equipment on your Digi-Farm! Digimon will be able to Digivolve into their stronger Digi-Fused forms at Level 25. Digi-Souls are earned by battling Digimon or can be bought in the Digivolution shop using DNA Fragments. Digi Soul costs vary depending on rarity, stats and Digivolution requirements making each decision more difficult than the last.

The Black Gear is a mechanic that boosts a particular Digimon’s attack strength for 30 minutes, however it drains 10% of your HP every second (which can’t be healed unless you defeat all opponents). This Digimon will Digivolve as normal. Digimon with a rating of 10% or below in intelligence and experience may have a meltdown, reducing their stats to 5%. Digimon can lose this status if they knock down an opponent from 5% HP or above. If they are hit by an opponent which has a meltdown status, both Digi-Souls and Digi-Eggs will drop at random from any Digimon who’s carrying them (in the arena). This Digimon will not Digivolve as normal and cannot use their black gear ability. However, Meltdowns can be recovered from through training your Digimon in the Farm! Also, try Pokemon The Last FireRed Download

DNA fragments are obtained by Digi-volving your Digimon. DNA fragments are useful for purchasing Digievolve sequences as well as Digi Souls (DNA Fragments can be bought in the Digivolution Shop). Digi-Eggs are used to hatch a new Digimon or upgrade an existing one. When you hatch a Digi-Egg, it’s rarity rating is based on the time and difficulty of hatching them! Hatch faster = get better Digiegg!

Each month there will be Hunt Cup competitions where players can hunt opponents for great rewards by making their way through multiple rounds of battles. Winners receive special medals that can help further progress with upgrades or digivolves for Digimon! (More details coming soon)

Digimon will be able to Digivolve into their stronger Digi-Fused forms at Level 25. Digi-Souls are earned by battling Digimon or can be bought in the Digivolution shop using DNA Fragments. Digi Soul costs vary depending on rarity, stats and Digivolution requirements making each decision more difficult than the last.

The 3 current PVP Islands include a fire themed island, an Ice themed island as well as an Earth themed one. These islands provide players with event battles which rotate daily based on the theme of the island they select! Rewards range from normal items to cards with special abilities such as damage boosters.