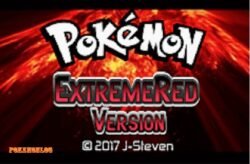 Pokemon Extreme Red is one of Fire Red ROM Hack by J-Steven which is made for English Users. The Latest Version of Pokemon Extreme Red ROM Download is released on May 29, 2019, which has lots of bugs fixed and many new features included. Get the best experience as playing the main player of Hollon region as Hollon region is considered as under attack of some evil forces.

Who is behind these forces, find these forces or people that are beyond these evil deeds. Many missions are pending which should be completed as you move forward in the game. Mysterious kind of creatures is available in this area which makes the game more advanced and complex. Let’s move on forward and discover what are some of the special features of this game. 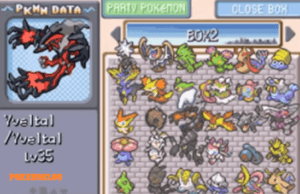 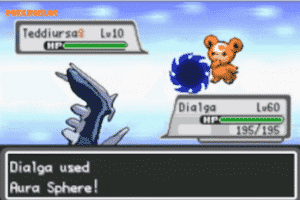 The player was born in the Hollon region, so it is your hometown and you are living with your parents. One day you came to know that there is a mountain in verge of this area which has some mysterious forces at its top. Curious to know what are these mysterious forces? Who are behind these forces and controlling them? You can find the answers of all these queries which can be really challenging for you, as you will have to go out on adventures of these areas. Escaping this area is one of the options that you can choose, but it will be shameful for you in a sense that you are a resident of this area and this is your responsibility that relieve people from this trouble.

Old Lab is situdated near and you have to visit it first, soon came to know that Professor Kaori is no more there. He was working here and you will came to know that he is no more in this area and his lab is under attack of your opponent as well. You will have to visit this lab to know that whether the kids are working in the lab. The other room is under the attack of your opponent, first you have to throughout them by having a battle with them. As you have good number of pokemon in the list, so defeat them out in the Lab so that you can move forward. Did you tried Pokemon Nightmare Download

There are pokemon which are from all the generations even from the seventh generation as well. Wild pokemon is also part of the game which can be fun part of the game, you have to catch them on time and train them for later use. Remember that you can catch them out in forest region which is situated in the near by area like in Pokemon Gemme Rom Version. Town Rofeza is one of the most amazing place that you have to visit while you are in the main area. Don’t worry you have to visit soon, when you finish all of the missions and tasks in this area. Completing pokedex is one of the basic part of the pokemon extreme red rom hack game, completing it will make your HP alot more better.

Graphics of the game is enhanced alot, because in previous games we have seen some lags and graphics bugs were not that much great. Now you will see some battle effects and animations effects are part of the game, which makes the game more interesting for you to play. While playing the battle you will see the realistic effects and animations effects as well, also download Kanlara adventures pokemon game. As far as moves are concerned, there are some new moves included in the game. Running in between the buildings is one of the craziest feature that we have seen ourselves. Several new battle scenes are part of the game which makes the game more impressive than any other pokemon romhack that we have played so far.