Pokemon Dark Crystal is an interesting remake of pokemon Emerald which have enormous new features and twists in the storyline. You playing as a trainer in the Hairo area, where you have to catch, train and battle with the rivals and enemies. So many new features like new moves, repely system and fairy type are part of pokemon dark crystal rom download for free.

Saving the three children in the game and rescuing them from the cave is one of the main task which should be completed as soon as possible. The creator name as Sky high have a new storyline and the region where all the missions will happen, all of the amazing features to make the emerald game great again. Let’s see some amazing features in the game before moving forward and downloading the setup.

Some Screenshots of the Gameplay: 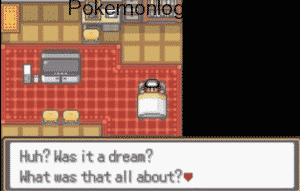 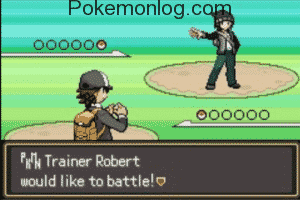 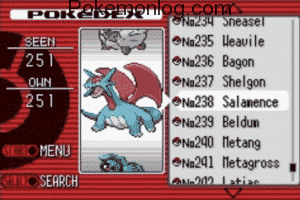 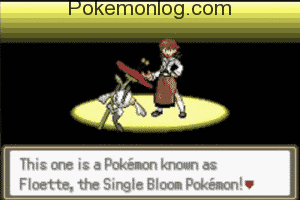 The professor has returned to the Hairo region for being a reason to save her three children, the missions gonna be very tough this time. All of the three children were the best friends as well as they dreamed once to become the pokemon great trainers of the region as well. The professor goes on Sketchy Town to visit the three children who are now grown-ups to give a task to complete a certain research like in Pokemon Crush ROM. Task may be really tough because it is a complete research that you have to do. She aims for you to challenge the Hairo League, and to achieve their dreams and goals as they take their journey. Some new attack modes of the player and pokemon are part of the game which makes the game special to download.

Team Enigma is one of the villanous team which have high crime record in the area. They have done so much damage to the area properties and people as well. Moving forward and making yourself ready for a great battle to happen in the future. But how you gonna be successful? The answer is to train some pokemon and first of all catch them as well. After catching you have to train them so that you can win the upcoming battles. Battle frontier is the battleground where you have to do fight with the villanous group name as Team Enigma, they are claiming to become the Elite power in the area and to rule the area as well. The warning sign is that they are aiming for the Hairo region as well which is your region. Now all you have to do is to prepare for the great battles to come and eventually win all of them.

Talking about the moves, which were not available in the previous version, now there are various kinds of new moves for all the pokemon. Some of the moves are from Genaration VI such as Flare Blitz and Moon Blast are part of the game which makes all the pokemon special who uses these types of moves like in Pokemon Heart Red Download. One special news about the moves is that the creator has included some custom moves which makes the player moves a lot more realistic than the robotic. Move updates across Generations are present as well such as Crunch now decreases which makes the game more special.

As far as the abilities of the pokemon are concerend, there are some new abilities which are part of the game. Some of the abilities are from Generation VI which are Motor Drive and Mold Breaker, which are special in this edition. These types of abilities makes the pokemon more special because they can be used in battles and several complex tasks which are not easy to complete from ordinary pokemon. Now all you have to do is to catch different kinds of new pokemon and make them train as well so that they can adopt to these abilities and make you win the games in the first try. Also, try Pokemon Bloody Platinum ROM

Like in previous games we have seen the repel system, but now in this game there are repel system which makes the game more special to play. When your Repel’s effect wares off, it does some special thing to overcome the situation. Now it will automatically asks if you want to use another Repel without getting another Repel from the Bag again to use one. Due to these kinds of new features the game is so popular among all the pokemon craziest fans.