Pokemon Dark Violet is one of the most downloaded and famous adventure based pokemon rom hack of Fire Red Version. The game (Pokemon Dark Violet Download Version)is purely based on many adventures and challenges ahead for the three boys. Two of them are from Pallet Town and one of them is from Viridian City who are set out for doing some adventure in the Kanto region. As we know that there are many new pokemons in the town and you will have to interact with them. They are in the Kanto Region to collect their eight badges and to participate in the Pokemon League Challenge. Let’s Explore the hidden features and updates in the game. 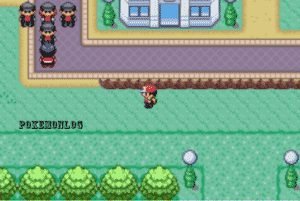 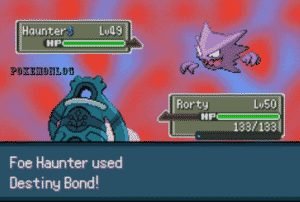 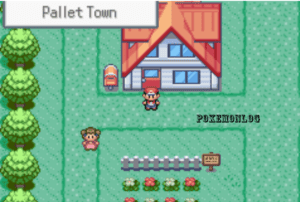 As this is one of the famous hack of fire red rom and you will have to do some adventures in the kanto region. Many challenges are pending to be completed in the area. New moves of the characters will inspire you to move forward and fulfill the challenges. As there are three main charcaters who are set out from their own regions and they are in the Kanto region. Also try Pokemon Shiny Gold Sigma Game OR Pokemon Red(++) Plus Plus Game

In the Kanto region the main characters have to collect all of their eight badges and move forward for other pending tasks. After collecting different badges you will have to visit different gyms and challenge the gym leaders present over there. You will have to participate in the Pokemon League Challenge which is full of different competitions. Many teams are also participating in the league as well.

The main characters named as Red, Green and Blue. While you are in the Kanto region you will meet different people in the region such as Blue’s Elder Sister name as Daisy. She will guide you all your way for different adventures. Many new kinds of moves are presnet in the game such as movesets based closely off of B2/W2 movesets. There are about 113 new movesets from Gen 4 and 5 are present in the game.

One of the evil team you will have to find in the Kanto region. Most of them are against you and will challenge you all the way. You will recieve the starter pokemon from professor oak and all of three are ready to meet all the challenges. Many new enemies are in the game which are quite stronger than you. Try the latest version of Blazed Glazed Game

You will meet the Kamon Character who is from the Team Rocket. Meet with the Kamon in different places and challenge him to complete all the tasks in the game. Many adventures are in pending mode which can be easily explored while using the map.

Some new pokemons are present in the game, which advances the pokedex of the game. Also, you have to complete the pokedex and search for different kind of pokemon in the area. Many of them are hidden in the area.

List of Some Amazing Features and Updates in Pokemon Dark Violet Version GBA: