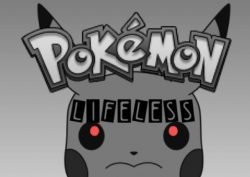 A game that takes approximately 30-40 minutes to play. It is a fan-made Pokemon project. You are a boy who wakes up alone on an island in the middle of nowhere, and you must escape. During your desperate tries to escape, you discover a secret that will change everything forever. 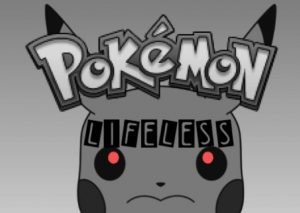 The island you are on is only one, but it contains 3 different regions. It also features 16 gym leaders and 8 badges to earn for your collection. Pokemon cannot be harmed nor can Pokemon harm you, but you are expected to battle them. The game has a Pokemon-esque storyline with Pokemon from other generations such as Mewtwo and Lugia.

“I started designing this hack about 4 years ago, when I first started learning how to use RPG Maker XP. At that time, the only games like it were Pokemon Prism and Pokemon Naranja (which is no longer available). So my initial goal was just to make a game similar to those two.” – Thommaz

Pokemon in one Slot:

There are Pokemon that can walk with you in Pokemon Lifeless. They will walk on your shoulder or behind you depending on their size. Pokemon follow the trainer in Pokemon Lifeless, they are not decoration Pokemon anymore, just like in Pokemon Heart Gold. You have to build a deep relationship with Pokemon from Pokemon lifeless so that it will grow and cheer up while following you.

Also there are some Pokemon who can’t stand each other! So be careful what Pokemon you choose to carry around because if the Pokemon dislike each other one of them might run away!

You have more than 6 Pokemon in one slot, while the original Pokemon games allows only six Pokemon per box, now you can keep up to 12 Pokemon in a single box. Pokemon easier, players will still need different Pokemon if their Pokemon isn’t strong enough to Pokemon of a higher level. Also, try Pokemon Sunday  (v2.8 Updated)

It has added new clothes that are used for your Pokemon such as hats & clothing too! It’s rather unusual because Pokemon Heart Gold & Pokemon Naranja doesn’t have it but Pokemon Go does which makes me wonder why Pokemon Lifeless has the same feature with Pokemon Go.

Now the evil team will be replaced by revolutionary leaders like Team Rainbow Rocket or your rival, who were previously bosses of the game [Pewter City Gym], so this makes everything different. Team Rocket is still evil but now it has a leader [Rockets] and Pokemon Stadiums are replaced by Pokemon Temples. It also changes Pokemon Gyms, Pokemon Gym Leaders are different people than in the original Pokemon games and some of them have already defeated gym leaders from Pokemon Red/Blue such as Giovanni, Professor Oak etc. This will add more excitement to it!

Now you know there are Gym Leaders who were previously Bosses & your rival is a Leader too, you may think he is easy to defeat like the other gyms but the truth is that it’s really hard to defeat him, because he trains his Pokemon really well so now he’s tougher than all the previous rivals, so save before fighting him if you want to avoid a game over.

Pokemon now look like Pokemon Go, for example the Pokemon from it are green colored Pokemon but have blue feet while Pokemon Go has yellow colored Pokemon since its recent updates (the latest update was released on July 30, 2017). I think this feature will make players of this remember Pokemon go when they play thi and it can also be helpful for new players who don’t know anything about Pokemon games & Pokemons because they may find it hard to identify which one is which in the first place! 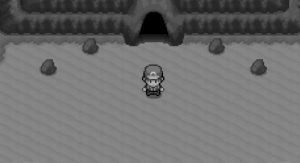 Now there are three different regions; The first region is your home [Mt.Silver], then you can escape into the second region, the Pokemon Tower, where Pokemon lost their lives in Pokemon Gold & Silver and then you can travel to Sea Region.

There are some Pokemon from Pokemon go that have been added in it like Azurill [Azumarill], Mewtwo etc. This means a lot to me since I’m not a fan of generation 1 but I enjoyed Pokemon Heart Gold because of Generation 3 Pokemon as well as the fact that it’s made by the same person who was behind Pokemon Naranja! But adding more Pokemons is always great!

Now there will be a day/night cycle which is important because at night time Pokemon moves around while they sleep during the day; Pokemon Go did that too!

It now has the Normal-type Pokemon, Pokemon Heart Gold & Pokemon Naranja had this type but Pokemon Red & Blue didn’t. New Pokemon types are always good to have because it adds more diversity to the game! I hope they add flying and steel too! Imagine a Flying/Steel Pokemon? It will be awesome!

There are different rock catching methods like Poke Ball, Great Ball etc. in it which is better than tossing rocks at wild Pokemon from Pokemon Blue version as it’s not effective and makes them run away easily; you could try throwing Poke Balls instead of rocks if you want to catch those elusive Pokemons. Pokemon Go added this feature too so it is not the only game that has it now!

Pokemon’s new animation in it looks like Pokemon are dancing with a bit of samba, salsa and merengue moves; I don’t know whether or not you’ll enjoy this new animation because it’s different from the original Pokemon games but talking about Pokemon Heart Gold & Pokemon Naranja, they had different animations for each Pokemon too such as Psyduck was jumping around etc. Also, try Pokemon Legends of the Arena Download (v1.4.1)

Many Pokemons have been updated sprites that were similar to their appearance in Generation 6 [Pokemon Alpha Sapphire] while others still have the old sprites which make them look kind of weird when they appear on it. The good news is Pokemon Go has updated the sprites for some Pokemon so it may eventually get them too!

Pokemon now evolve differently such as Chikorita evolves when it’s Happiness Level reaches 100 and Eevee if you collect all the stones from around Mt.Silver & Sea Region; in Pokemon Red version, Pokemon just evolve by leveling up while Pokemon Heart Gold & Pokemon Naranja required certain items to trigger their evolution. This makes evolving much easier than before & also interesting since there are a few conditions it players must meet in order for their Pokemon to evolve via happiness level or they can simply use an item like Stardust or trade them with another player who has a Pokemon Heart Gold/ Pokemon Naranja.

It has a new Pokemon Dex which is kind of similar to the one from Pokemon Black & White, Pokemon Go too! New Pokemon dex means new Pokemons! So it’s always a good thing as I liked discovering different types that I’ve never seen before. The bad news however is that there are only 151 kinds of Pokemon in it compared to 386 in Generation 6!

Now the capturing system of it has been updated including Poke Balls, Great Ball etc.. while still keeping its traditional catching method; When you get an item like Master Ball or Ultra Ball, they have to save for later use despite all Pokemons being catchable with Poke Balls. Pokemon Go didn’t have this feature and I don’t know why has it; Pokemon Go was fine without it so Pokemon Lifeless giving players the same capturing methods Pokemon Red/Blue had isn’t nor helpful, interesting or fun at all.

It now has many new items which are only found in special locations such as Life Powder which is used to revive a fainted Pokemon back to its health while Full Heal restores all of your Pokemon’s HP fully. Players can buy them from the shop using Coins but they’re not available for free yet! Let’s see what other kind of useful items developers will add to it, even if Mega Stones makes evolving.