Pokemon GS Chronicles is a Remake of FireRed by ~Ruki! in the English Language. The storyline is really interesting in which the main player is obeying Professor Elm to find out the red-headed guy who stole the pokemon. Professor Elm is busy with several projects and tasks in the Johto region. The main region where most of the game is plotted is the Johto region. Find some mysterious pokemon and legendaries in the region on which you can do different missions and tasks completion as well. The whole gameplay is really interesting but first let’s take a look at the awesome features that the game contains.

Players traveled the world capturing wild creatures called Pokemon and training them to battle each other. The game spawned a cartoon series, movies, card games, and more. Now, over twenty years later, the Pokemon craze is still going strong. A new game for the Gameboy Advance that lets you play as either Gold or Silver, the main characters from the popular Pokemon Gold and Silver games. This game is set after the events of the original games and lets you travel to new areas and battle against new trainers.

Game contains almost similar graphics of Gold and Silver, with new sprites and pokemon being the part of game. There have been several new discoveries and missions by the famous Professor Elm.Professor Elm is one of the intelligent characters among all of them. He will support and guide you all the way long. Some special new pokemon are also part of the game which makes it possible for you to catch and hunt. Also, try Pokemon Emerald Genesis Download (Beta 2.1)

This results in the legend of the magical stones that increased the Pokémon’s level, which he relies on two of his assistants, of Ethan/Kris and [player], to deal with these, giving them a Pokémon for the purpose.You are playing the main role either in form of Ethan or Kris. The main player has to do all the pending missions of finding the pokemon and red headed guy in the region so that he can be the best player among the Johto region. 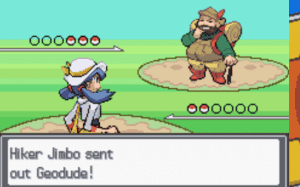 Brock is a rock-type gym leader and rock-type Pokemon are a nightmare to fight if you can only use normal type moves. First off, they resist normal but also they tend to have high physical defense which is an issue since all normal type attacks are physical attacks in Generation III. Get the latest Pokemon Enhanced Emerald (v7.7)

Pokemon GS Chronicles is a fanmade game that takes place in the Johto region. The game has a new story, new pokemons, and new characters. It is currently in development, and the team is looking for help with graphics and mapping. A fan-made game that recreates the original Pokemon Gold and Silver games on the Gameboy Color.

Several new changes have been done in the graphics section while keeping the quality remains the same as old games of SoulSilver etc. In addition to updating the graphics, the game now appears to be similar to HeartGold and SoulSilver. Now they are just similar, even I must say that this game have the best graphics ever made. Even the animations and sprites are edited which makes the game look more professional and stunning. Also, try Pokemon Super Glazed ROM Download

The Pokemon characters graphics are mostly improved, so it doesn’t look anything like FireRed so that alone is an improvement. Now the characters have a better look this time and have a nice collection of animations in terms of their moves and movesets.

The moves this time are extra ordinary and have a better collection. Now all the pokemon have their own original moves. Even the legendaries pokemon have better moves as well. There are some graphical bugs here and there, but such inconsistencies don’t affect the gameplay.

Cactching is one of the main core task of the game as the main player name as Kris or Ethan moves on. Several new pokeon are available in the Johto region which makes the catching process a little bit lower and slow as well. But you have to keep them in mind because these types of pokemon will almost waste your time and money.

Use the Mega Stones in perfect place because there are so many new legendaries pokemon in the list that should be caught on time. These legendaries can make your game progress alot more easy in terms of catching the pokemon are completing several pending missions. Also, try Moemon Fire Red Revival Download

My first thought was that I could poison his Pokemon. That way they would take damage over time even if I, myself, wasn’t doing much damage. Unfortunately, Poison Sting and Poison Powder are against the rules, but Poison Point is not. There’s no rule against what abilities my Pokemon can have and Poison Point is an ability that can poison the enemy Pokemon if they make contact. The most easily accessible Pokemon with Poison Point are the Nidorans, which are found on route three just east of Pewter City.

Rivals in the Game:

There are three rivals in Pokemon GS Chronicles. The first rival is Veronica, the female character from Pokemon Ruby/Sapphire that you encounter on Route 101 after walking into Granite Cave at random. The second rival is Red and his Pokemon (Pika, Chuchu, Clefairy), also encountered on Route 101. And last but not least, Blue will be your most recurring rival in Pokemon GS Chronicles because he appears at random at various locations throughout the course of the game to battle you for fun or challenge. 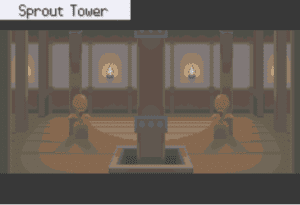 After beating each of them a certain number of times (which depends on whether they’re male or female – with males counting as twice as many defeats) they’ll disappear forever until you start up a new game entirely or you get to Pokemon Tower and Red will appear for the final time in Pokemon GS Chronicles. In Pokemon GS Chronicles, they have Pokemon as strong as 20 levels higher than the Pokemon you have on hand at that point in the game (which is around Level 30) so no matter if it’s your first play through or your tenth, just be prepared to take a beating!

The sprites in Pokémon GS Chronicles are unique, as they were all hand-drawn by Game Freak themselves. This is in contrast to the usual pixel art that is used in the main series games. Many of the sprites are noticeably different from their predecessors, such as Pryce’s new design and Clair’s redesign. Some people have criticised these designs, but others feel that they add a new level of detail to the game. 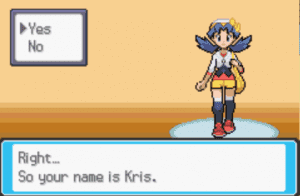 When playing through it, you may have noticed that many of the sprites are different from the sprites in other games. This is because it uses sprites from the Pokémon anime. For example, Ash’s Charizard has green skin instead of black skin like in other games. Some people think that the new sprites look better than the old ones, while others think that they look worse. No matter what people think, it is interesting to see how the different sprites change the game.

Mega Evolution is a new mechanic that was added in it. It allows trainers to power up their Pokémon in battle, making them much stronger. Mega Evolution can only be used once per battle, and it lasts for three turns. To activate Mega Evolution, the trainer must have a Mega Stone and a Key Stone. The Mega Stone is attached to the Pokémon, and the Key Stone is held by the trainer.

Battles in it are more exciting than ever before. With Mega Evolutions available, trainers have more options than ever before. Some Pokémon become much more powerful when they mega evolve, while others lose some of their power. It’s up to the trainer to decide which Pokémon to use in battle, and how to best use their abilities.

Mega evolution is a new process that allows certain pokemon to evolve further into more powerful forms. Mega evolution changes the way the battle works, as the pokemon become much more powerful and difficult to defeat. In addition to mega evolution, battles in Pokemon GS Chronicles are more intense than ever before. The three on three format means that players must carefully plan their strategies if they want to come out victorious. With so many different types of pokemon available, it can be difficult to come up with a winning strategy. However, with careful planning and a bit of luck, even the most challenging battles can be won.

The “Day and Night” system allows players to pick which time they want to play the game, whether it’s day or night. Daytime is generally safer to be in, but nighttime is when the most dangerous monsters are out. If you are out at night, or are walking around in caves, your character will feel cold if they are not wearing warm clothing or holding some kind of lantern. Food and drink, Not eating or drinking enough can affect your health. You do not need to eat food every day, but it helps you recover from the effects of hunger faster. If you become hungry, you will begin to lose health like in Pokemon X Randomizer 3DS Download. 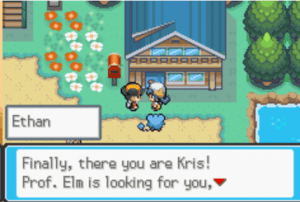 Maps based off HGSS ones:

Maps based off HGSS ones Maps are based off of the HGSS generation, but with some newer additions. There are some new cities, some new routes, some new routes, some new areas, some new areas, some new points of interest, and some new points of interest. But before you go out and tear up the new roads, you need to know that map mods are still very much in beta. That means that there are numerous issues that the developers are working on. There are already bugs, but the bigger issue is the fact that the game will crash if you install too many at once like in Pokemon Uncensored Edition (V1.0.3).

At the time of the announcement, many fans were excited to finally have a map with an open world to explore. This map allows players to roam freely, even with the generation gap in place, though with slightly less detail. The map also includes several iconic locations from Red, Blue, and Yellow versions of the games. History The map was first released with the third generation of Pokémon. Description This is a normal, flat grassland area in the Kanto region. There are several different patches of tall grass, some of which are swamplands.

To download the game, you will need an emulator such as VisualBoy Advance. Once you have downloaded the emulator, you can find the game ROM here. After downloading the game ROM, open up your emulator and drag and drop the ROM into it. You can now play the game!

1. If you’re looking to get your hands on a copy of “Pokémon GS Chronicles,” you may be wondering how to download it.
2. Fortunately, the process is relatively simple – all you need is an internet connection and a web browser.
3. Start by visiting the download here link given below.
4. Once there, click on the “Download” link near the top of the page.
5. This will take you to a new page where you can choose between two different versions of the game: one for Windows and one for MacOS.
6. Click on the appropriate link, then save the file to your computer.
7. Open it up and follow the on-screen instructions to install the game